Being Human in a Digital Age 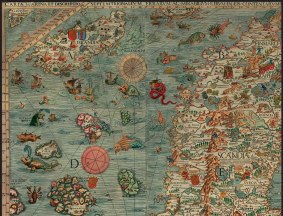 It would seem the CDC is having its own intense, extended Analog/Digital moment when it comes to masks and all things Covid. First, under the previous, ahem, “administration,” the A/D knob was turned all the way over to Analog. One could argue that knob had gotten turned so far all the wiring behind it got ripped out. Then, as is the way with Analog, things… “evolved.”  Under a new administration, with a velocity approaching quantum state change, the A/D knob twirled its way around to the Digital side, further distending the wiring with chants of “Follow the Science.”

Fair enough as far as it goes, but every scientist knows in their calmer moments (usually well infused with some Analog sensitivities), Science with a capital S is as much about what we don’t know as it is about what we do know. To paraphrase Churchill, “Follow the Science” is the worst advice for getting to a destination with human beings, except for all the other methods. As the CDC has just demonstrated, Science is really great at expanding, documenting and applying what it knows and really sucks for what it doesn’t. Put in Analog/Digital terms, the CDC, like reconnecting with an old flame, did what we all do, and fell head over heels for the science of the moment, losing any sense of perspective on how following that path was not likely to be free from wider realities.

Back all those months ago in May (hmm two if I’m counting), yes, the science had good news for those of our compatriots who were fully vaccinated, an idea which itself, is poorly constructed to reflect what we do and don’t know. It is the best we can do in a Churchillian sort of way. This blessed group could throw aside their masks in most cases and go romping through fields of daisies in dense mobs of their fellow vaccinated. Those who weren’t vaccinated would be consigned to mask-detention and should remain isolated behind masks with suitably dour expressions and down-cast eyes. That’s what the science said, and so the CDC followed. O.k. maybe that’s not exactly what the science said, but anyone applying even a bit of historical perspective on human information processing could have guessed that’s what any population of more than about three people would hear. Folks knew which camp they wanted to be in, even if they were less clear about the price of admission. Even in the most rational of times, waving the “Follow the Science” flag was unlikely to provide enough oomph to connect enough of the dots between where we were on the Analog curve of Covid understanding with where we were headed. Chaos (and a surge) ensued.

In defense of “Follow the Science” it is leading us, in a wondering Analog fashion, back to a more nuanced view. Seems even the vaccinated among us (full disclosure the A/D staff have been vaccinated with not one but two of the available offerings) can harbor and share significant repositories of Covid-19. Maybe there’s not this dramatic disconnect between those with the vaccine and those without. Yeah, the data says it’s way better to have it than not, but in truest Analog/Digital fashion, the data is only second order reality. Looking at just the data ignores all the reality, political and otherwise, that got clipped out as it was shoe-horned into data sets. We’re not talking willful manipulation of the data though, we’re just talking, as always, way too many variables in a continuous Analog curve to be fully represented in any Digital data set. And if the data is incomplete, so is the Science. It can provide a map, but if we’re being honest with ourselves, that map looks like the work of a Dark Ages cartographer with most of the page taken up with warnings of “There be Dragons Here.”  Sorry no Google Maps to be had.

So we, Joe and Joleen Citizen, the CDC, the staff here at The Analog Underground, the vaccinated and the unvaccinated, will have to make do with the tools we have, compromised or not. And that way forward is almost certainly better informed and more robust to the degree that we use all our abilities, Digital and Analog, to find that path forward together. The staff wish to express their thanks to the CDC for the hard work they’ve put in, under some severely less-than-optimal circumstancing both historically AND in our present moment. For the rest of us, we should hold ourselves accountable not only for following the science, but also for following our hearts. It seems almost certain that neither one alone will get us all the way home.

One thought on “Hey Covid – Follow the Science! or “Here Be Dragons””